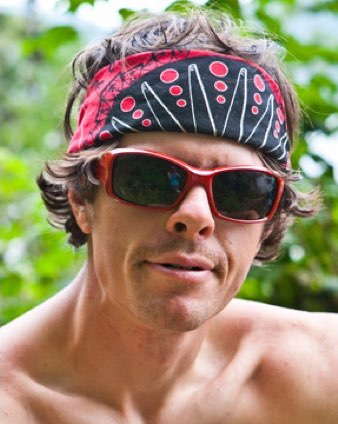 Sam Bendroth is a New Hampshire (NH) local with a wide range of experience, including New England first ascents on rock and ice, alpine climbing in Patagonia and guiding in the Mount Washington Valley.

As a resident of North Conway, one of America’s outdoor capitals, he's well placed to take advantage of the great climbing that is readily to hand, enjoying routes like the aesthetic Crack of the Future (5.12c/E6) at Owl’s Cliff, "a wonderful trad line that has been called one of the best crack climbs in NH", and Unemployment Line (M9) at Tohko Crag.

Sam is an accomplished all-rounder who is as at home on steep water ice as he is on long remote rock routes, and for whom too much focus on one discipline “usually gets me psyched to do another”. His ability shines through no matter the medium he climbs on.

Sam’s introduction to the outdoors came from his father, initially through hiking, backpacking and winter walking. A defining point came when Sam’s father learned to rock climb while waiting out bad weather on a trip to Mount Rainier, a skill that he quickly passed on his son, with the pair taking every opportunity thereafter to get out climbing. On his inspiration, Sam says, “I don’t really remember what inspired me, I just knew that climbing is what I wanted to do”.

Sam’s natural ability on rock quickly began to show itself. Infectious (5.12b), a short and intense sport route in the Red River Gorge, marked an important mental shift, teaching him to view sport climbing as an important part of raising his all-round ability.

A significant milestone was the second ascent of Cerberus (5.13a/E7) on Sam’s home crag, Cathedral Ledge. A route with a hugely intimidating reputation, Cerberus, which was one of the hardest routes of its day, lay unrepeated for 27 years after Jim Surette freed it. A fierce line sporting rotting fixed gear and athletic moves, Sam describes the crux: “I had to do the splits, turn my body to grab some holds, cut loose, do a pull up and deadpoint to a crimp.” It is perhaps no wonder would-be repeaters were put off.

As well as repeating test-pieces in his native New Hampshire, Sam also has a passion for first ascents, such as Winged Eel Fingerling (5.12d). His first ascent of Perseus 5.12c on Cathedral Ledge in New Hampshire, “turned into a little bit of an epic, involving a ground fall, gear breaking and ripping out… definitely a learning experience!”

Sam’s climbing revolves around getting outdoors as much as possible, and while he trains “on and off” at local gyms, his focus is firmly on making the most of any weather windows to get outside. Regarding training routines, he says, “It’s hard to hold on to a schedule when the weather can crap out any time in New England—gotta strike while the iron is hot.”

In summer 2015, Sam Bendroth and Bayard Russell, returned to Newfoundland’s remote Blow Me Down sea cliff to complete a 12-pitch new route they'd started the previous year. Betrayer of Hope includes one 5.12a and six 5.11+ pitches, with the exception of one 5.11a pitch.

Sam’s work as a guide for the International Mountain Climbing School (North Conway) means that climbing is both business and pleasure. He is also an active member of the Mount Washington Valley Search and Rescue Team, and finds time to sit on the board of Friends on the Ledges, his local area’s climbing advocacy group. Downtime is spent listening to music, reading and “cooking really, really good food.”