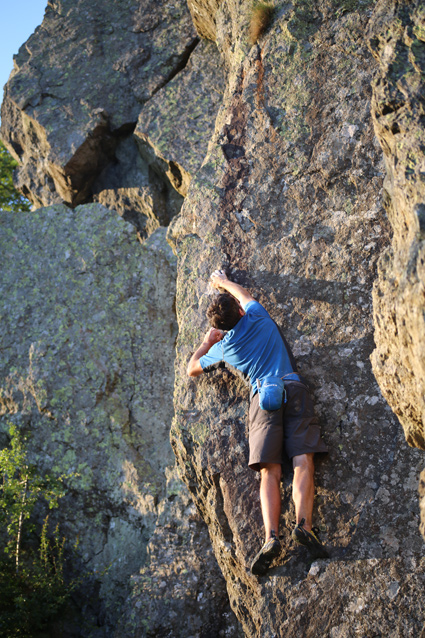 James McHaffie's achievement of soloing 100 Lakeland extreme routes in less than 20 hours on June 23rd is fully worthy of being described as phenomenal. For James, who grew up in the Lakes, it was a long-held ambition. Asked how he felt at the end he said in his typically understated manner: "I was pretty tired. I couldn't climb much harder than E2." James gave us a few more details:

What routes did you start and finish on?

From our Scafell Crag campsite I started Central Buttress at 3.40 a.m. and climbed the six pitch E1 in fifteen minutes by headtorch. By 10.30 that night I'd completed the hundredth route, Angel's Highway at Castle Rock.

Where did you get the inspiration for the project?

I guess the idea came from Big Ron's (Ron Fawcett) 100 Peak grit extremes solo in a day in 1986. I'd first thought about soloing a circuit with all the best Lakes routes in it about 14 or 15 years ago. I was close to trying it in 2003 but I got a climbing injury from a hold that broke at Kilnsey, hitting me on the ear and affecting my balance.

What was the hardest climb on 'Caff's Round'?

Probably Rogue Herries (E4 6a) on Goats Crag (Borrowdale). Although not that long it was route number 90 and I was feeling a bit tired and pumped at this point and considered choosing an alternative. I'd onsighted it solo the week before and it felt ok but it definitely felt trickier this time round. An E3 6a (Cut-throat) next to Gillette Direct on Neckband Crag was also quite hard.

What preparation did you do beforehand?

I did a big recce on the Wednesday before and had been studying route lists for weeks but it kept changing all the time. On the day I kept it flexible to suit how I was feeling as I didn't know how tired I'd be. About 80% of it I reckon I had previous experience of soloing. I did three routes including an E3 on Neckband Crag I hadn't done before. Before going to Yosemite I'd planned to try the 100 Lakes solos when I got back and I'd also been doing quite a bit of soloing in Wales as training.

Did you take many breaks?

Not really. There was a lot of ground to cover between crags. At Shepherds around the seventy route mark I felt fatigued and had 10 minutes rest and an egg roll at the café. Fortunately at Castle Rock I got a second wind. At some of the crags I had an abseil rope in place to make it quicker to get back down. 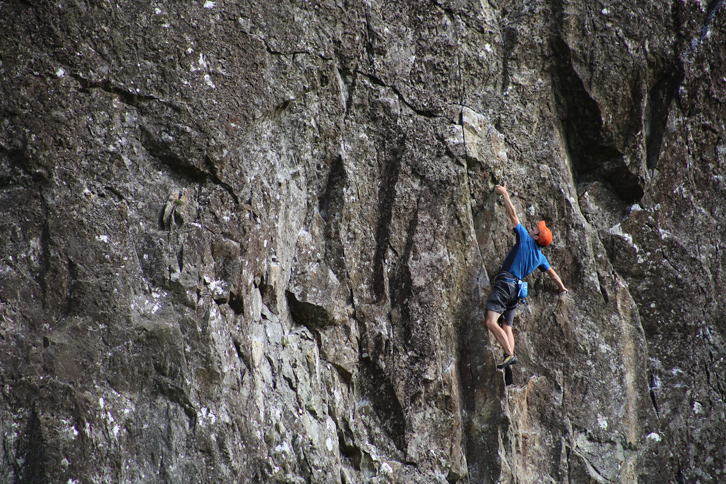 Note: Filmmaker, Adam Hocking, covered the day so that will undoubtedly be a film to keep an eye out for.