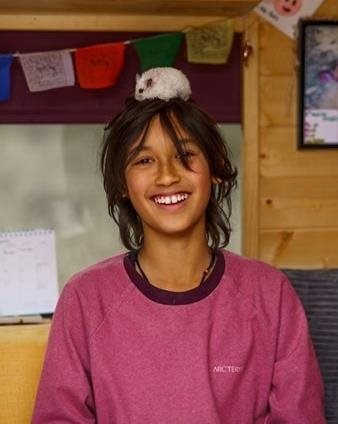 A taster session at Reading Climbing Centre started Rose off climbing at the age of six. She was hooked from the get-go and within two years was climbing with the local Academy and competing at youth competitions around the country. In 2017, for her age category, she placed 3rd at Blokfest bouldering competition and took 1st place at the Scottish Youth Championships. In 2018 she joined the Oakwood Youth Squad and continued to make podium positions at national youth competitions, including 2nd at the Welsh Youth Championships and 1st at the BMC Youth Climbing Series.

Away from the comp scene, Rose has endless enthusiasm and passion for real rock, which is evident from her impressive ticklist of top sport routes and boulders. Some of Rose’s highlights include ticking her first 7b+ and 7c+ in the same week during a trip to Margalef in 2019, and later becoming the youngest British female (at just 10 years old) to climb the coveted grade of 8a with her ascent of El Guardià, also in Margalef. Rose has also spent time learning the tricks of the trad trade, and made a steady ascent of Fool’s Gold (E1 5c) in the Llanberis slate quarries. Now based in Llandudno, North Wales, Rose continues to hone her skills on local rock between trips abroad, and particularly enjoys crimpy sport routes.

What do you like most about climbing as a sport?
I love the movement on the rock, it is like a dance. And it gives you the opportunity to travel the world and the views are always amazing when you get to the top of a route.

What do you like most about the climbing community?
I enjoy discussing beta with other climbers regardless of age or ability.
Crag psych, everyone is really friendly and encouraging.

Do you have any long-term goals for climbing?
Climb hard and bolt my own route.

Do you have any general goals for the future?
I would like to make a living from climbing/outdoors and travel.