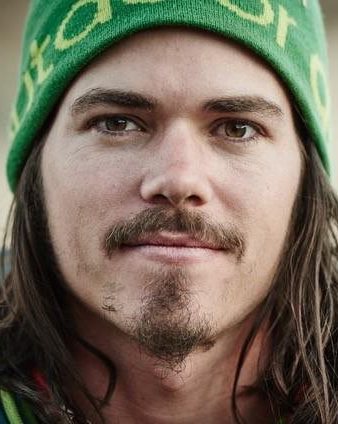 Alex is part of a new generation of talented climbers who have embraced the physical challenge of modern sport climbing and bouldering, but also the romance and adventure associated with traditional climbing and pushing the limits ‘clean climbing’.

Born in 1987, Alex grew up in the town of Hohenems, in Vorarlberg, Austria and was introduced to the world of climbing at an early age. Alex confesses that his initial motivation was that he liked to play on the rope so needed to gain height to get a decent swing going. The desire for excitement and fun continued to grow though and at the tender age of 12 he abseiled down the hugely exposed Verdon Gorge in the south of France with his father. That wild experience cemented Alex's path in life: he was now a climber.

Alex has had much success with sport climbing, having climbed several 8c+ routes, including Speed (8c+), Atlantic (8c+) and Missing Link (8c+/9a), all at Voralpsee, Switzerland, yet he is primarily driven by a deeper sense of engagement found in alpine routes and strong trad climbing ethics. In line with these motivations Alex pursues routes requiring traditional protection wherever possible and places bolts as a last resort.

"I like planning how and where to climb a face,” says Alex. “Checking out the features of the wall and trying to find a route I can climb as good as with natural gear. If there are bigger sections of slabs or steep climbing with no opportunity of using natural protection, as it's typical for the limestone in our region, I drill a bolt. I respect the tradition and history of a wall. I would not put up a line on a ‘bolt-free wall’ where you have to drill. In my opinion trad climbing is about taking responsibility of your acting. It's pure, intense, scary and wonderful at the same moment… dedication and commitment are high".

In 2009, aged just 22, Alex made a famous repeat of Beat Kammerlander's desperate bolt-free route Prinzip Hoffnung at the Bürser Platte in Austria. This incredible 40-metre wall features climbing of a physical 8b+ standard and received an E-grade of around E9/10 given the marginal protection and significant run outs. Five years later, in 2014, Alex made the first trad ascent of the cutting edge line Psychogramm, just left of Prinzip Hoffnung. Once again, by climbing a thin crack and technical slab with a physical difficulty of 8b+ and a crux several metres above a single microwire, Alex showcased his cool head and proficient movement on this original A3 aid line.

This practiced trad mindset also lent itself to highball bouldering and occasional soloing, with Alex trying hard sport climbs and highball boulders in a ground-up style. In Cresciano, Alex made the second ascent of the bold English Corner V8/7B+ and kept his head on the frankly terrifying Accelerator V8/7B at Rocher Greau in Fontainebleau. To put it in perspective, these highballs would warrant sizeable E numbers if you found them on an English gritstone crag. Alex also made a ground-up solo ascent of Zerstoere dein Ego, a classic bouldery 8a+ sport climb in Vorarlberg. The day he free soled Zerstoere dein Ego, he also onsight soled two other 7b+ routes.

Back on trad, Alex has made a business of establishing multipitch routes in climbing areas close to his home, always in ground-up free climbing style. Routes of note include Pollution, a five-pitch, minimally bolted 8a+ and the seven-pitch 8b+ Sangre de Toro, both on the Rote Wand in Lechquellengebirge. These two routes include an absolute minimum number of bolts and pitons, in line with Alex’s clean climbing ethics.

In August 2015, as one of the highlights of his career, Alex made the first free ascent of The Gift. With seven pitches of mixed climbing up to 8c in difficulty, The Gift ranks as one of the most difficult routes in the Rätikon. The route, which occupied Alex for two years, required strength for the boulder crux sequences but also a strong alpine mind set to accommodate the serious setting and switches between controlled alpine trad and going all-out on the bolted crux pitches.

“The Gift in the Rätikon is a highlight in my career of putting up hard multipitch free climbs from the ground,” wrote Alex on his Instagram.

Despite his love for his home crags Alex isn’t shy when it comes to adventuring abroad, either. In May 2012 Alex had an eventful trip to the Bugaboos, North America’s answer to the French Alps. Highlights included an onsight of Fingerberry Jam (5.12a) and an ascent of The Power of Lard, a 7-pitch 5.12d on the east face of Snowpatch Spire.

On a trip to Patagonia in January 2016 with Hanno Schluge and Carsten von Birckhahn, Alex attempted a new traverse from Grand Gendarme to Tito Carrasco. The team were thwarted three pitches beneath the summit of Pollen due to bad rock and dearth of free climbing possibilities. A few weeks later, Alex and Schluge linked Mate, Porro y Todo lo Demás (6c, 900m) to the North Pillar of Fitz Roy.

“Alpine climbing is where I get the most out,” says Alex. “Such a big playground with so much to learn. Bailing because you didn’t [think] about a detail or conditions are not what you expected them to be; the luck you need for a summit and the connection to your climbing partner makes it so interesting.”

Alex’s winter mixed and ice ascents are certainly not overshadowed by his success in the alpine or on big walls. In 2014 he made the first ascent of Stourraniibi (WI6, M7, 6 pitches) in the Lyngen Alps, Norway, with Schluge. The route involved steep and technical winter ice and poorly protected mixed climbing; however, local ethics restricted bolting or pitons forcing Alex and Schluge to climb in Alex’s preferred “clean” style: “We liked the style and were happy to reach the top without leaving any trace,” says Alex, “[aside from] some screw holes and scratches from the tools”.

This experience appeared to set the precedent for Alex’s winter climbing and he continued to strive for clean ascents. In 2016, again with Schluge, Alex made the first ascent of The Winners Loose It All Some Day (WI5 M6 X, 300m) and Piece Of Mind (WI5+ M6, 250m) in the Val Ferrera in Switzerland. In December that year Alex onsighted the Real Big Drip (WI6 M8), in British Columbia, Canada.

Alex’s current project is another fierce multipitch ascent the Rätikon called The Seventh Direction. Alex opened the route ground-up in free climbing style and topped the line out in autumn 2018. He thinks some of the pitches will be 8c or harder, but knows they are climbable and hopes to find enough motivation and dedication to try the route next season.

Alex holds a degree in sports science from the University of Innsbruck and is an enthusiastic skier and cyclist. He also likes to ponder improvements to climbing materials, his equipment and systems, which he describes as a “never-ending story.”