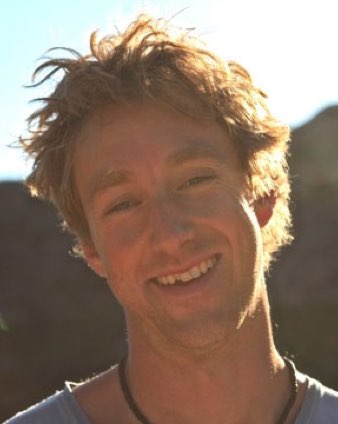 Charlie is an extremely gifted climber, endlessly enthusiastic and eclectic in his taste. Trad climbing is where his heart lies, but he has also excelled in many different aspects of the climbing game.

He was born in London in 1973 and aged 11 was introduced to the outdoor lifestyle when his father, who grew up in the Peak District, took him up Snowdon.

“I immediately fell in love with the mountains. Every school holiday we would go walking in the mountains, but dad wasn’t into climbing at all, so it wasn’t until 1988 when I was 15, that I started climbing at the Sobell Centre indoor wall in north London. Inspired by seeing [Johnny Dawes’ seminal climbing film] Stone Monkey on Channel 4 I would go every day after school and traverse in the corridor on the brick edges, and try and emulate Johnny leaping about, (without much success).”

Charlie’s initial forays onto rock revolved around top roping on the grit, but his first proper lead was Christmas Curry (HS 4a) at Tremadog in 1989. Soon enough Charlie reached the E2 standard. And then with a school friend, Mark Campbell, he began to push his grade higher, branching out from trad routes into sport climbing. Doing Empire of the Sun (7b) (or E6 6b as it was then) at Anstey’s Cove was a massive step up.

In 1992 he was diagnosed with Ankylosing Spondylytis, an auto immune type of Arthritis that affects the spine, neck, ribcage and hips. Walking was painful, but after several months it calmed down a bit and in early 1993 a seven week trip to Buoux, where he met climbers such as Nic Sellars, lead to some major breakthroughs. Despite never taking rest days or applying any sort of conventional tactics he climbed two 8as (including the classic Rêve de Papillon) and came very close to completing Chouca (8a+). Once back home he started a long term battle with Ken Palmer’s fierce test piece, Tuppence (8b) at Anstey’s Cove.

The next few years Charlie spent living in Sheffield, not turning up to University and absorbing himself in the cellar training scene. Despite getting (predictably) injured he did manage to redpoint Chimes of Freedom (8a+) at Raven Tor and get a few good ticks on the grit, routes such as: Benign Lives (E6 6b) and Narcissus (E6 6b) at Curbar, and the fourth ascent of Messiah (E6/7) 6c at Burbage.

Disillusioned with the intensity of the Sheffield scene Charlie moved back to London and started work as a freelance ‘Runner’ in the film industry. He gave up climbing for a year and a half and focused on progressing up the work ladder to become a Camera Technician.

When he started climbing again Charlie went back to basics, ticking classic trad routes in Pembroke, North Wales and the Peak:

“This was when I got into headpointing properly. My first E7 was Master’s Edge at Millstone and then I did Gaia (E8 6c) at Black Rocks and End of the Affair (E8 6b) at Curbar in 1997 (just before the Hard Grit film I think). These were really significant ascents for me, as I never thought I’d be able to do the things I’d first seen on Stone Monkey, but in the end they felt pretty easy after tope rope practice and even a bit of an anticlimax.”

In 1999 he went to Sweden with Neil Gresham, Leo Houlding and Patch Hammond and put up a new E7 called The Thin End of the Wedge, and later that year went on to Australia, doing routes like Serpentine (8a) and Punks In The Gym (8b+) at Arapiles, the latter taking him only five days, despite this being his first of the grade!

Unfortunately there were more health problems lurking around the corner. Charlie suffered a collapsed lung that same year and again in early 2000. After complicated operations he was told he wouldn’t climb again for a very long time; however, Charlie had different ideas. Within six months though he was back climbing again and rounded off the year with the first ascent of, Harder Faster (his first E9) at Black Rocks.

In 2001 he started working more on feature films (such as Tomb Raider and the Harry Potter films) and this meant spending quite a long time away from home working and generally getting unfit. Nonetheless in 2002 he bounced back with a trip to Cuba where he established Mr Nice, a long technical ground up bolted 7c. In 2003 he went to Nigeria and climbed a new 10 pitch 5.11+ called Stupid White Men: "It was 40 degrees in the shade, so the name seemed apt!"

In the same year he made the fifth ascent of Meshuga (E9 6c) at Black Rocks and was also climbing up to E7 onsight or ground-up, with routes like Kaluza Klein on the grit, From A Distance in Pembroke, The Clown at Gogarth and The Flying Dutchman in Lundy. He also did the first ascent of The Grey Area (E8 7a) at Curbar.

In 2004 he made the first ascent of one of the top routes in Pembroke: San Simeon (E8 6c) in Hollow Caves Bay.

“This was a real find and I was lucky to grab the first ascent of such an amazing new route. The same applies to Ariel Song E8 on Lundy, which I did in 2008. These are probably the best two new routes I’ve done so far.”

In 2007 the arthritis suddenly flared and for nine months Charlie couldn’t walk or work because of the pain. Eventually he got it under control again and was able to return to normal life.

A move to Bristol allowed Charlie to indulge his love of the sea cliffs, in particular Pembroke, North Devon and Gogarth. Memorable onsights from this period include Skinhead Moonstomp (E6 6b), Hellbound (E6 6b), Jub Jub Bird (E6 6b) and Caveman (E6 6b). Specific dieting to control the arthritis symptoms also allowed Charlie to push his sport grade: he onsighted and flashed a couple of 8as in Spain and ticked a few more 8bs.

More recently Charlie has turned his hand to repeating hard trad routes. At Dyer’s Lookout in Devon he managed to make the fourth ascent of The Walk Of Life (E9 6c) and in June 2011 he got the second ascent of Once Upon A Time In The South West (E9 6c).

“These two routes are two of the best I’ve ever climbed and the experience of doing them was unlike anything I’d done before. The sheer number of moves and gear placements is overwhelming and I’ve never had to keep the concentration together for so long before. These routes felt like what to me hard trad should be like, beautiful, technical and challenging.”

In the summer of 2011 Charlie went on to make the third ascent of James Pearson’s impressive Do you Know where your Children are? (E8 6c) in Huntsman’s Leap at Pembroke. In 2012 he further strengthened his connection to Pembroke when he grabbed the first ascent of the bold and physically desperate Something’s Burning (E9 7a) in Stennis Ford.

Later in 2012 Charlie had a two month trip to America, visiting Tuolumne Meadows, Smith Rock and sampling the splitter cracks of Indian Creek. He did lots of excellent routes (including the Bachar-Yerian in Yosemite [5.11c X, E6 6a]), however the trip ended badly when Charlie’s wife, Gilly McArthur, broke her back in a fall. This terrible accident knocked both of their lives off track. It was a full year before Gilly had made a recovery and  Charlie also took some time to find his feet again.

A two week trip to Rodellar in May 2013 saw him tick a 8a+ and make several 7c onsights. Throughout the rest of 2013 Charlie picked off a series of classic trad routes, such as Free the Spirit (E6 6a) on Sanctuary Wall, Western Union (E6 6b) in the Lakes, Backstabbers (E6 6b) in Cheddar Gorge and a host of E5s in Devon, Cornwall, Pembroke and North Wales.

In 2014 Charlie returned to full form; a trip to Fair Head and the Burren in Ireland proved especially fruitful. Highlights included a headpoint of The Dark Side E8 6c, a ground-up ascent of Very Big Springs E7 6b, plus a number of E6s and E5s climbed onsight.

September 2014 saw him on the Isle of Skye realising a long held ambition to repeat Dave Birkett’s Skye Wall (E8 6b) – this was a particularly sweet success, which came after three previous visits were blighted by bad weather.

“My main focus has always been British trad, because I love the adventure but also because the arthritis often won’t allow me to train too hard physically without getting injured," says Charlie. "I’ve also had to avoid bouldering for long periods as the impact of landing when jumping/falling off has often been too painful on the spine. I do love hard sport but I’m not particularly good at it.

However, in 2006 I finally went back and finished off Tuppence after first getting on it on 1993 – although I’d only been on it a handful of times in that period. It was one of those routes that I just had to close the account on. Earlier that year I had started experimenting with ‘alternative’ treatments for my arthritis in order to get off the drugs and I had found that eliminating all starches from my diet made a massive difference. This is what enabled me to do Tuppence in the end I think.”

“In 2010 I went to the Needles in California with Mark Garthwaite and a couple of other Glaswegian characters. Having been inspired by the glossy pictures of Stefan Glowacz in the book Rocks Around The World, it felt good to do Pyromania which was on the cover. But doing Romantic Warrior 5.12b was the highlight of the trip. Long, technical, historical, in a beautiful location with a great mate…what more could you ask for?”