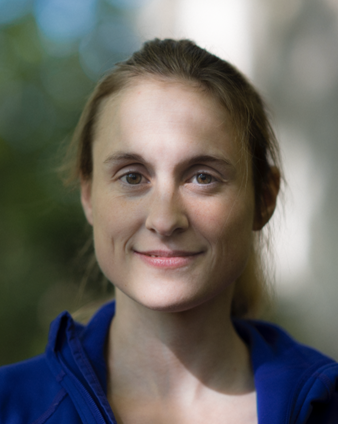 Chiara is German climber based in the Frankenjura. Despite starting out as a competition climber, she is now devoted to real rock and is best known for her sport climbing proficiency. In 2019 she became the first German woman to climb 9a, as well as the first woman to climb a 9a in Germany. Now, she focuses on the wealth of world-class climbing on her doorstep, as well as other challenging lines around Europe.

Chiara, who grew up in Nuremburg, started climbing in 2006, at the age of 13. After undergoing shoulder surgery to treat an injury she acquired wakeboarding, she was encouraged by doctors to try climbing as a means of strengthening her arm and shoulder. Her parents took her to a beginner’s course and in the following months she climbed regularly with her family.

Despite initially planning to return to wakeboarding, within a year Chiara was climbing in regional youth competitions and later started training with a youth training group. Progression was quick, driven in part by competition fever. In 2009 she became Bavarian Youth Champion, claimed two podium finishes in the German Cup and competed in her first European Youth Cup. The following year saw her become German Youth Bouldering Champion and Bavarian Women’s Champion.

“I have always been an ambitious person and even as a child I had the ambition very early with sports to do it as hard as I could,” says Chiara. “That was of course a reason for me to start climbing competitions and to train for them.”

Despite this ambition and early successes, Chiara admits that she had to work hard at competitive climbing. This made winning the German Women’s cup in 2013 a special event for her.

“I had to compete hard from the beginning to get chances on the national team,” says Chiara. “I trained a lot for that and spent a lot of energy. Competitive climbing had never really been my thing and I was able to prove to myself that you can also master things that don't fall into your lap because of willpower.”

Chiara continued to compete over the following years, a highlight of which was competing in her first adult World Cup, in Villars in 2016, where she placed 34th. However, moving to Bayreuth to study for a master's degree in accounting gave Chiara better access to the Frankenjura, and ignited her passion for real rock. At the same time, the thrill of competitions was waning.

“The mental side of competition climbing is very hard,” says Chiara. “You also have to reflect well on yourself for what reasons you climb competitions. There was a time when I enjoyed climbing competitions. At some point you can reach your limits with federations or coaches. Also when your own expectation pressure becomes too big, then it starts to be not fun anymore."

"So I would say, yes I enjoyed competitions, but there are also reasons why I don't do it anymore and go rock climbing,” she continues. “I am also not registered in any other portals and enter somewhere regularly my ascents. For me this has sometimes a competitive character and I don't need it for my rock climbing.”

“I had heard of Wolfgang Güllich since I was a young child,” says Chiara. “When I then moved nearby to the heart of Franconian Switzerland, the possibility for me to climb one of his greatest milestones in climbing history came into the light. It was a challenge to stick to the route and not lose faith in it. In the end, climbing this route made me inwardly awestruck and at the same time very uplifted.”

At the end of 2018, Chiara moved to Betzenstein, in the heart of the Frankenjura, with her husband Christoph Hanke. The following summer, Chiara made history as the first German woman to climb 9a (and the first woman to climb a 9a in Germany) with her ascent Markus Bocke’s 2011 route, Sever the wicked hand.

“I have always been careful never to orient my climbing to grades” says Chiara, “but I must admit that I was nevertheless interested in climbing a route at this grade. At first, I didn't think I could do it, but I got more and more into my project. Then it came faster than I expected. I kind of surprised myself with it. A nice experience that taught me to be a little more courageous and fearless.”

“When I climb I live in the here and now,” says Chiara, when asked about her motivations for climbing. “There is nothing around me, no thoughts, no worries. To put it in simple words I climb because I enjoy it. The challenge in climbing for me is to find out where your limits are and try to push them further and further. But even that should be in a good relationship to effort and benefit, to material and to people, and also to nature and resources. I want to achieve my goals but not at any price.”

Currently, Chiara still lives in Betzenstein and is completing a doctorate in the field of accounting, following on from her successful master’s study. She also works part-time as a route setter and lecturer in the federal teaching team of the German Alpine Club. When not out at the local crags, she enjoys running, swimming, cooking and baking, as well as training in her home gym in a converted barn.