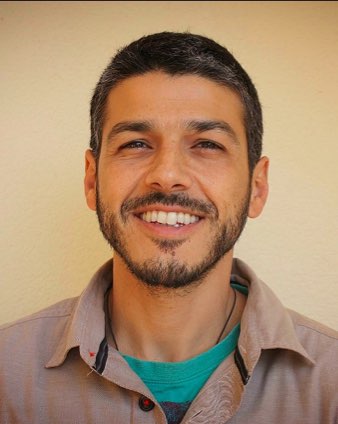 Pablo is one of the most sought-after physiotherapists in the climbing world, working with amateur and elite climbers alike to help individuals stay healthy and climbing at their limit. His work, which uses functional biomechanics and nutrition as tools for injury prevention and treatments for climbers, is underpinned by his delightful philosophy: “Take care of your body, it's your most valuable climbing gear”.

Pablo was born in Brazil in 1978 and trained as a physiotherapist in 2000, specialising in posturology, exercise physiology, manual therapy and psychoneuromotricity. In 2007 Pablo met the Spanish climber Dani Andrada, who promptly invited him to work with him in Spain for a couple of months as his personal physical therapist. Pablo decided to move to Europe the following year and has since developed his expertise, working exclusively with climbers, including some of the world’s elites, like Edu Marin, Sasha DiGiulian, Hazel Findlay, Patxi Usobiaga and Yuji Hirayama, to name but a few.

Pablo, who is a keen climber himself, has a studio in the climbing village of Siurana, Spain, where he continues to develop specific treatments for climbers, mainly focused on chronic pain, and also hosts workshops about climbing injury prevention.

“To me climbing has always being about improving my body awareness and my professional understanding of how our body works,” says Pablo. “This attitude sometimes brings me the feeling of being a consumer who uses climbing for a selfish benefit. So, when I help climbers to get rid of pain or to prevent injuries, it brings me a great feeling of giving something back to our climbing community.”

Check out Pablo’s blog and video gallery on his website for videos on injury prevention, climbing trips and some incredible recipes for paleo chocolate banana cake and "full power" porridge.