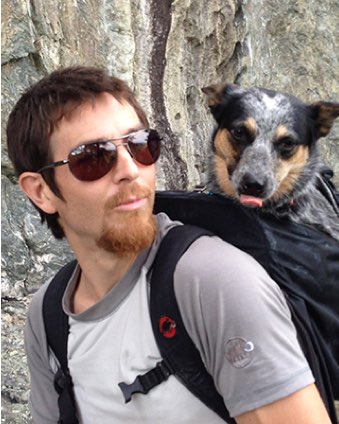 Pete Kamitses is one of the USA’s top climbers. His route China Glide, a 5.14d/9a test piece in Rumney, New Hampshire, is a testament to his ability on rock. However, this unassuming, laid-back climber from Vermont also has a talent for translating his sport climbing talents to the trad game with spectacular results: first ascents of 5.14a lines protected by traditional gear puts him into a very elite category of climbers.

Pete’s passion lies in the remote Adirondack Park in upstate New York. A vast area of over six million acres, it is home to a mind-boggling array of routes and climbing styles yet it’s rare to see other climbers anywhere but the more popular cliffs. The Adirondacks are the scene of Pete’s most challenging and desperate trad lines, including his 2011 masterpiece Oppositional Defiance Disorder, which at 5.14a is a serious contender for the hardest pure trad route in the North East.

Another piece of Adirondack rock that has received Pete’s attentions is Moss Cliff, which he describes as “one of my all-time favourite cliffs on the planet”. His obsession with Moss Cliff began in 2006 when he joined forces with New Hampshire-based Dave Sharratt to establish trad line Fire in the Sky (5.13b, 4 pitches): a series of overhanging cracks linked by sections of hard face climbing. Pete returned to link the top two pitches of this route into a 140ft 5.13c, taking multiple 30ft falls onto well-spaced cams as he battled the pump near the top of the pitch. A month later he was back at Moss Cliff and established Illuminescence (5.13d), just right of Fire in the Sky.

Pete then linked the cruxes of these routes to create the Adirondack’s first 5.14a, Ill Fire, which he reckons is one of his top climbing experiences, saying, “It has the perfect blend of challenges: technique, timing, endurance, focus, power, risk, length and belief. And the position is as good as it gets.”

Pete was hastily introduced to climbing in 1994 before a trip to Australia with a friend who was keen to try the sport while out there. The duo’s preparations before leaving consisted of one single pitch route. Their second climb was in the Blue Mountains, outside Sydney.

“We climbed for a few days and I still vividly remember those first routes we did and how I learned I had a knack for being about to pump out and fall off but being able to find ways to rest, manage the pump and continue to the top,” says Pete. “I was totally hooked!”

Back in the USA Pete polished his lead climbing skills at Smith Rock in Oregon while at college and then began his trad climbing apprenticeship after transferring to the University of Vermont. The Adirondacks, the Green Mountains of Vermont and New Hampshire’s White Mountains provided the backdrop to some hair-raising adventures.

“I have a few memorable moments—before my gear placing skills caught up with my climbing ability—of getting myself into mildly desperate situations above bad gear and having to dig pretty deep not to get hurt!” says Pete.

Pete’s sport climbing achievements include the fourth repeat of Dave Graham’s China Beach (5.14b/8c) on the beautiful overhanging schist of Waimea Wall, Rumney. This was a learning experience for Pete.

“China Beach was the first route that really helped me understand how even though something feels totally impossible you have to ignore that feeling,” says Pete. “How to be totally open to the experience and understand how one’s own mind can be a really limiting factor in your climbing if you let it.”

In 2015 Peter succeeded on the Gunk’s hardest trad climb, Ozone (5.14), which links two 5.13’s: Russ Clune and Jordan Mills’ Twilight Zone into the massive roof of French Connection. Ozone was first climbed by Cody Simms and, like Cody, Peter placed all the gear on his lead of this continually overhanging route. Just to cap his success, “Russ Clune was up there too trying the boulder problem on the beginning of Ozone,” says Pete. “Pretty cool to talk with him about the first ascent of Twilight Zone almost 30 years ago.”

In 2017, during a trip to the UK, Pete repeated the Dumbarton Rock testpiece Requiem (E8 6b) and was impressed by the quality of the route. Shortly before this he had sent the 10-pitch 8b sport line Hotel Supramonte in Sardina with Dan Mirsky.

In addition to his climbing, Pete is also a keen runner. While he has always enjoyed running for general fitness and pleasure, it really came into its own as a method of dealing with the mental stress of significant injury. In common with anyone seriously pushing themselves in a sport, Pete has dealt with debilitating and frustrating periods of injury, and says, “Running really saved my mental health when I couldn’t climb…giving me an alternate medium in which to push myself.”

Pete is married with two young sons who share their dad’s passion for climbing. He says, “[The boys] have been climbing pretty much since they could walk”, which may have something to do with Pete taking them with him to work—it turns out route setting provides the perfect environment to stimulate youthful climbing exploits.

“One time I had quite a scare when Bodhi free soloed up an easy wall when he was around 2 years old,” says Pete. “He had no understanding that what he was doing was dangerous, and I had to quickly climb up and grab him until my buddy could lean a ladder up for me to climb down with him in one arm.”

Surviving their early escapades, Pete’s boys are now safe and competent climbers who accompany him on as many climbing trips as possible.