The wait for a repeat of Pat Littlejohn and Steve Sustad’s high traverse of Craig Dorys, War and Peace, is over. Twenty-four years later Nick Bullock and Mick Lovatt successfully spent two days (29-30th June) on this 1240 ft route, described in the Lleyn Peninsula guidebook as, “A monstrous undertaking… with more than 20 hours of climbing time.” Considering its length and the loose terrain, it easily justifies being called epic.

If any climbers were going to pick up the gauntlet thrown down by Pat and Steve then it was likely to be Bullock and Lovatt. They’ve invested plenty of time at the crag in recent years adding numerous new routes. Earlier this month they made the first ascent of Now we’re Suckin’ Diesel (E7 6b, 6a). Perhaps what is more surprising is that Lovatt is 62 and Bullock is 55 years-old.

The pair climbed ten pitches on the first day, with pitch 8 proving particularly “naughty” as Lovatt described it. “Down climbing the sandy groove to the belay was on really poor quality rock, even by Dorys standards. I had eight pieces in at what was still a shit stance and I was concerned about Nick falling down the groove and directly on to the belay.”

A further six pitches were climbed the following day with the second one being an ‘out-there’ 6a traverse across the lip of a roof on Stigmata Buttress, with good flat holds for your hands but with your feet hidden underneath you on crumbly rock. It isn’t the kind of route you can rush along. Time and patience are required.

The guidebook grade of E5 for War and Peace has to be taken with a large pinch of salt. A team, who had attempted an early repeat, are quoted as saying: “Some of those pitches are 6a+ grade [English not sport grade], definitely E6.” Understandably, given the serious nature of Craig Dorys, only a few climbers will be aware of the girdle traverse. But it had been on Nick Bullock’s radar for a long time: “I’d been thinking about War and Peace since first coming to Dorys with James McHaffie around 17 years ago and doing Bobok.

At the top of the crag afterwards, Bullock commented: “Well that has sated my desire for choosy ledge shuffling for a while. It’ll take some time to sink in and absorb that journey. It was the second ascent of a route that’ll probably never get a third one.”

Lovatt reflected: “As an experience it was a bit mind numbing, having to pull on suspect rock for so long. Fatigue definitely became an issue. My fingers and hands were cramping and with very little shade on the crag I don’t think we drunk enough. Lots of hanging belays.”

The rock benefits from being in the sun making it relatively more solid and less snappy. The pair thought the guidebook description was understated and it took them a lot of working out to piece the route together. As they weren’t so many ‘up routes’ when the guide was written there were few reference points. An intimate knowledge of the crag definitely helped. 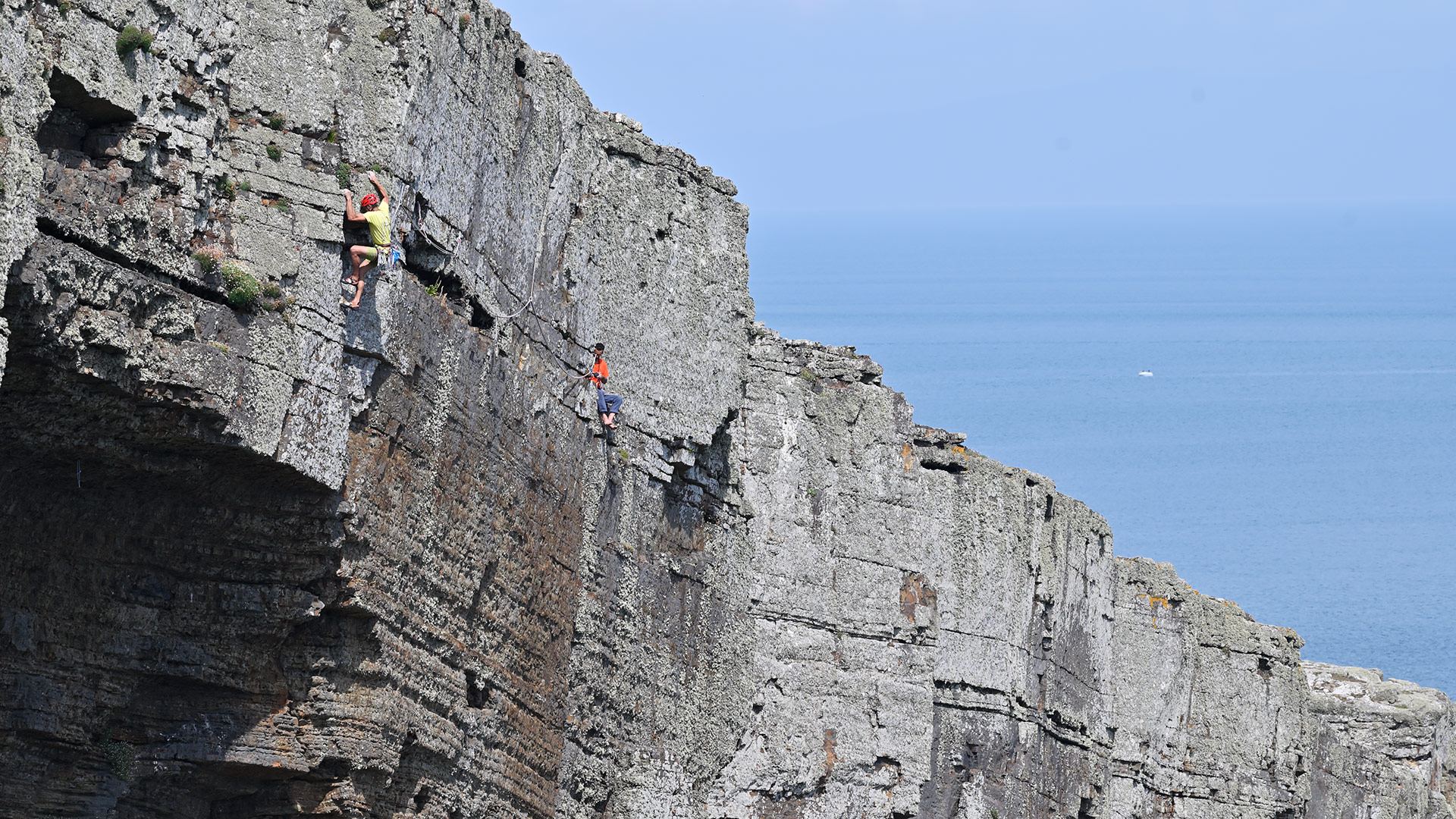